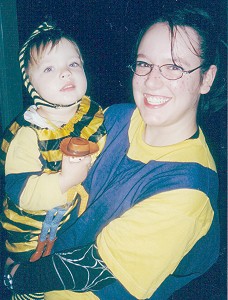 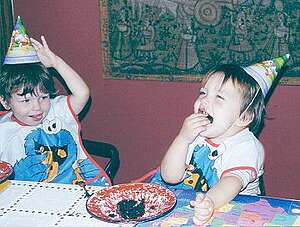 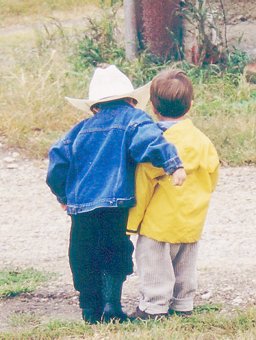 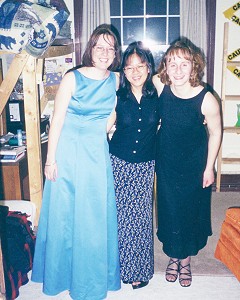 Those were one of the first words my host mom said to me, when she called the first time. It was May and when I got this call which was going to open a totally new world for me. Growing up in the city of Dresden, I thought the farm will be something new and I accepted the offer to come and take care of two little boys (2 and 3 years old). So by July I was on my way to the States.

All I knew was that Iowa was kinda in the middle and famous for it's corn and soybeans. And the next neighbours of our farm half a mile away. But first I was on my way to New York, for the training. I already met some of the others new Au Pairs at the airport and we all were excited. Arriving in New York we met even more Au Pairs and after claiming our luggage we came to the hotel two blocks away from the Empire State building. We lived there for a week. Learning about childcare, safety issues and about each other, and that you need a sweater inside - even in the summer, because the air-condition is always to cold. By Wednesday, we all got a little bit more nervous about what's lying ahead of us and we wanted to meet our host families. But we still had another day with workshop from nine in the morning to nine in the evening in front of us. By Friday we were finally on the way to the airport again. But like some of the others AuPairs I wasn't able to leave that evening, because my flight got cancelled. So I spend another night in a New York hotel and finally on Saturday I was on my way to Iowa. When I arrived in Des Moines I got a warm welcome of my whole host family. I was glad to finally be where I was supposed to be and after an hour drive I finally saw the farm for the first time. So this was where I was going to live for a year.

On the first day my host mom showed me around and then I was on my own. In the beginning the boys were a little bit shy and wanted their mommy back. But pretty soon we were a team. After getting up in the morning I got breakfast ready, woke up Sam and Henry, dressed them and we went down for breakfast. After breakfast we played inside the house and outside, until it was time for lunch. After lunch the boys took a nap while I cleaned up the kitchen and the toys. When Sam and Henry woke up again we normally played outside after a little snack until Joe and Wende (my hostparents) came back from work. Sometimes I also had to prepare supper and get Sam and Henry ready for bed. It was a lot of work, but it was fun, even if it got hard from time to time. On Mondays I went to class at a college where I took a creative writing class and once a month I met with the other Au Pairs and our community counsellor. Normally we talked about what was going on or we went somewhere interesting. About four month after I arrived I got the chance to go on a retreat with other college students. It was organised by the church and I met a lot of new and interesting people and made a lot of friends. It was a great weekend and I got involved with what was going on in Ames (the town 16 miles away from the farm). I enjoyed the summer in the countryside with Sam and Henry and meeting my friends in Ames. By the end of the fall some changes took place.

My host parents both got fired from their jobs and stayed home. That made my work a lot much more complicated, because the boys wanted to spend more time with their parents. Somehow we managed to work through these difficulties and by January Joe had found a new job. Wende stayed home and managed the farm. This in combination with a harsh winter lead to Wende and I getting on each others nerves and into arguments from time to time. But with days -40°C and being snowed in for a week I think that's pretty normal. We had so much snow that by the end of February I got pretty sick of it. After the snow was gone I spent a lot of weekends with my friends in Ames and stayed at their university dorms. We went to theater shows, movies, hung out with others and talked the nights away. By that time I also learned how to Swing Dance. So we went to several dances and had a lot of fun.

At the farm the first animals arrived and Sam and Henry got a lot of new opportunities to explore. They especially liked the baby chickens and feeding them. In June I took one week of vacation and travelled to California and Arizona, to see the Grand Canyon, Yosemite National Park and San Francisco. We also stopped one night in Las Vegas to look around. On that trip I saw another part of the US and beautiful nature. And sadly enough in July my year was over.

My parents visited me during my 13th month and we travelled around together. That's how I got to see the Black Hills in South Dakota and Yellowstone National Park. And after a great year it was finally time to say goodbye to my new family and all my friends, which I still keep in touch with. I had an awesome year and learned a lot about myself. I just would recommend doing a year like this to everybody, who is open do take a challenge. It's a lot of work and it's not a vacation, but it's a great experience. And you get so much back! Everytime I looked into those bright little eyes I knew why I was doing it and that it's worth it. I also received a lot of support from my friends in Iowa and my family in Germany. And that's why two little boys in Iowa, named Sam and Henry, still have a "sister" across the ocean. 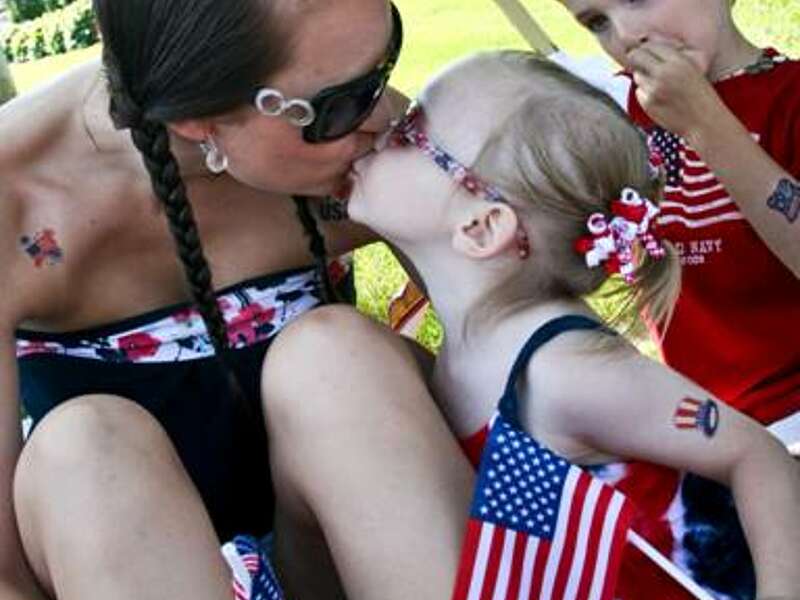